The End of the Friend Grief Series?

When I made the decision to serialize what was originally one book I knew it would eventually end. I believed there would be six books in the series. That’s still my assumption. What’s changed is the subject of the sixth one.


By now you know that I’ve published four books


Friend Grief and Anger: When Your Friend Dies and No One Gives A Damn


Friend Grief and AIDS: Thirty Years of Burying Our Friends


Friend Grief and 9/11: The Forgotten Mourners


Friend Grief and the Military: Band of Friends


The fifth book, Friend Grief in the Workplace: More Than an Empty Cubicle, comes out in January (details will be announced in mid-December).


I thought the sixth book would be a wrap-up. It would be just about people who made major life changes after their friend(s) died. But those stories can be found in the first five books. They’re not just stories about someone dying and how their friend coped. They’re about those friends and how they lived their lives afterwards. That sixth book, in effect, is spread among the first five. But instead of ending the series after five books, I realized I already had the beginnings of a sixth book.


In 2012, before I decided to serialize my original book idea, I wrote a guest post for The Good Men Project. It was my mea culpa for assuming that it would be near impossible to get men to talk about grieving their friends. As I said in the article, I’ve never been so wrong. I promised then to write a book on this very topic. And so I shall.


Before you ask why I have not considered writing a book just about women grieving their friends, read the post. Women are much more likely to share their grief – in fact, they’re expected to. Men? Not so much.


After sleeping on the idea for a few nights, I decided today that the sixth book in the series will indeed be about men grieving their friends. I don’t have a title yet; that usually comes while I’m working on the book. But I have some damn powerful interviews to share.


Who knows? There may be a seventh book or even an eighth. I’ve had intriguing suggestions for future titles, so we’ll see.


There you have it, then: the change of subject for the sixth book is my big news for now. Next week, you’ll hear about the anthology I’m proud to be part of, as well as more announcements about book signings.

Where to Find Friend Grief 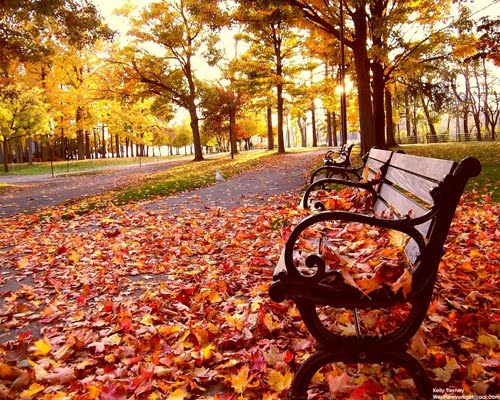 Don’t you love autumn? As far as I’m concerned, you can’t have too many sweaters. It feels like everything ramps up in intensity once the school year starts. And so it is with me.


Here are some upcoming events where you can find me:


I’ll be sharing more next week, including:

And most importantly, thanks for following me here and on social media, for your wonderful feedback on my books, and spreading the word.

I couldn’t do it without you!

Posted by Friend Grief at 4:43 PM No comments:

An Awkward Response to a Coworker's Death

I blogged about the famous “Chuckles Bites The Dust” episode on The Mary Tyler Moore Show in 2011. I looked at it in terms of a person’s reaction to a friend’s death, which can sometimes appear inappropriate (like laughing at a funeral).

But I decided to return to it as I work on the next book in my series, Friend Grief in the Workplace: More Than an Empty Cubicle.


Chuckles, after all, was a clown – or rather, playing a clown was his job. He was – to put it mildly – not taken seriously by his coworkers. So it was not surprising that on hearing of his death, they immediately began to joke about him.


Mary was horrified that they made fun of a man who’d just died. But when she got to the funeral, she found herself laughing uncontrollably. This time, it was her coworkers who were horrified.


In the pilot of LA Law, upon seeing the body of one of the firm’s partners who died unexpectedly, Arnie Becker announced, “I’ve got dibs on his office.”


Yes, they’re both TV shows, not real life. But they point out the awkward, uncomfortable situations we can find ourselves in when a coworker dies. We have a lot of questions:


What’s the proper way to grieve in the office?


Will I get (paid) time off to go to the funeral?


Am I going to get stuck doing their work?


Every situation is different, as you’ll see in the book. But in every one, people struggled to figure out how to grieve their friend while still being expected to do their job.


I have no easy answers, only suggestions. One of which is to watch the funeral scene I mentioned above. I know Chuckles would’ve loved it.

Posted by Friend Grief at 4:43 PM No comments: