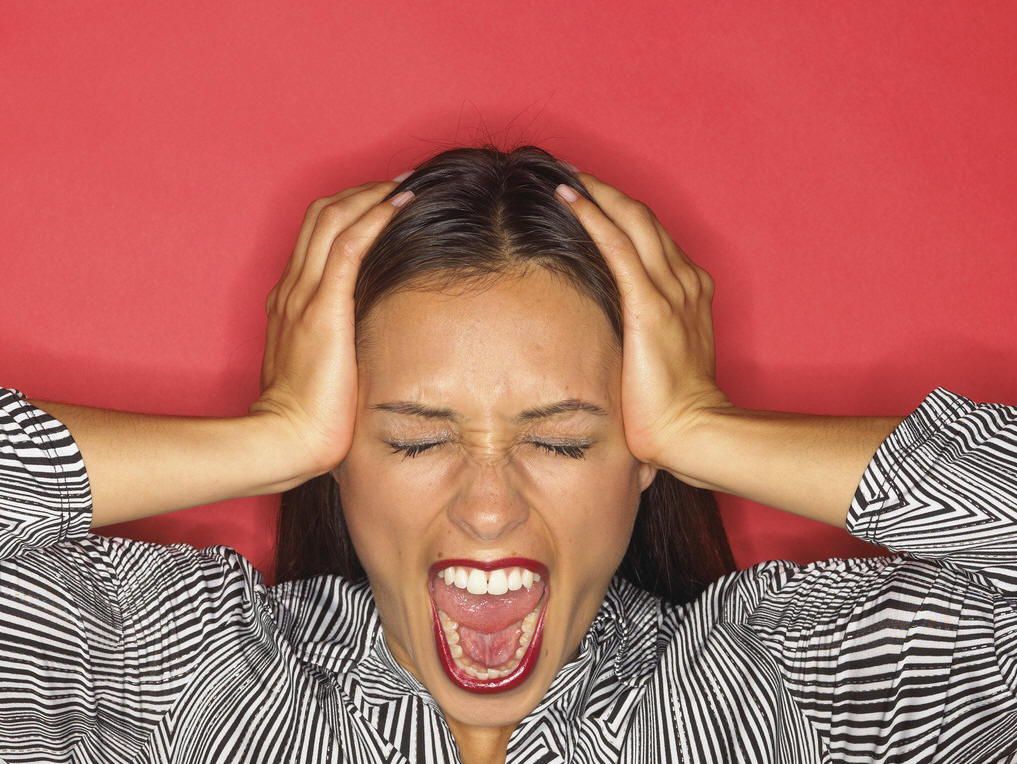 You know who they are, because they made you feel like this.

You tell them your friend died, and they probably said one of these things to you:

“Well, they were overweight/smoked/drank/did drugs.”


Don’t you love people like that? Instead of just saying “I’m sorry”, they feel free to pass judgment – not just on how you grieve but that you grieve at all for your friend.


They are usually self-appointed, though at times will hide behind religious vestments to justify their opinions. It’s okay to be hurt and angry. They just won’t understand. Ten people in the same place at the same time will react ten different ways to any event. So it is with grief.


The grief we feel when a friend dies may take us by surprise with its intensity. We may feel guilt or regret or anger. We may feel comfort or torment in our memories. It’s when we want to share those feelings that we run into the Grief Police.


When I first started writing about grieving the death of a friend, the working title of the books was “It’s Not Like They’re Family”. That’s the response a lot of people hear when they tell someone a friend died.


How about “I’m so sorry”? I mean a sincere “I’m so sorry” followed by “how can I help?”, rather than by a swift change of subject so everyone can feel happy again.


It’s so easy, isn’t it, to say the wrong thing, intentionally or otherwise? On a good day, I like to think that the Grief Police are well-meaning, but clueless. Most days, though, I just want to smack them.


So consider yourselves warned: you’re liable to meet the Grief Police when you share the news of a friend’s death.


I’ll share some thoughts on what to say in response and how to avoid joining the Grief Police in my next post. Feel free to add your own in the comments below.
Posted by Friend Grief at 4:16 PM 2 comments:

I’m not a fan of memoirs. I find a lot of them to be self-serving justifications for past behavior, spinning a fictional tale that presents the narrator as either a victim or hero. And while AIDS is an issue I’ve been involved with since the 80s, Sean Strub’s Body Counts was not a book I was excited about reading.


Strub changed my mind on page 2, when he mentioned that a mutual friend, Jamie Leo, dressed as a priest at ACT UP’s controversial 1989 St. Patricks’ Cathedral demonstration. My mind flashed back to a Halloween party Jamie and I had attended in the mid-70s, and I now found myself connected to Strub’s story in a way I hadn’t anticipated.


Body Counts is the not the story of a victim or even a hero. It’s the story of a man at a unique time and place, a man with personal demons and challenges he used to fuel a quite remarkable life.


A native of Iowa City (where I went to college), Strub’s interest in politics takes him to Washington in the late 70s, a good time for liberals. His growing awareness of being gay – and the ways his early, as yet unacknowledged, sexual abuse play out – occurs in a gay community still largely closeted. That immersion in politics led him to a career in direct mail fundraising for gay issues. His move to New York coincided with the discovery of a new, strange, and frightening virus that targeted gay men.


Not all of us involved in fundraising for AIDS organizations in the 80s wound up as activists, but Strub did, bringing those talents and contacts to ACT UP. But it wasn’t until the death of his lover, Michael that Strub’s life took an irrevocable turn. That morning at St. Patrick’s was – at least for me – the moment the Catholic boy from Iowa became an activist. From then on, his commitment to the community took on a much deeper meaning. He was fighting for his friends, for Michael, and for himself.


He’s not shy about naming names (though it doesn’t come off as name-dropping), and his anger is well placed: politicians like Bill Clinton who conned the LGBT and AIDS communities, making promises on the campaign trail that translated to indifference, at best, once elected; gay advertisers, who abandoned Strub’s Poz magazine because it was geared to anyone with HIV, not just privileged, white, gay men; Anthony Fauci of the CDC, who time and again declined the opportunity to support people with HIV/AIDS rather than the status quo of government bureaucracy. Too many times – whether it was politicians, religious leaders, even members of the LGBT community – access did not translate to support. And facts did not always sway those in power.


And that’s the strong suit of his book, which should be required reading for anyone who doesn’t remember the first 20 years of the epidemic (and even those of us who do). By starting out in Washington, then moving to New York, just in time for the outbreak of HIV, Strub’s life connects the dots in a unique way I have not seen anywhere else. If at times it feels like he’s a witness to history, he is.


But more importantly for all of us, he’s a participant. He’s an integral part of the history of the AIDS epidemic, especially in New York. And if he insists his reasons were selfish – to create a legacy larger than himself – so be it. His new cause-within-a-cause (HIV criminalization) puts him once again in the position of advocating for people on the margins, even within the AIDS community.


He does not, thankfully, gloss over his own failings. None of them – denial about his own health, assumptions about people in power – are unique to Strub or gay men or anyone who is HIV positive. They’re human failings. By his own admission, he’s luckier than a lot of people, especially when it comes to health and finances. He lived long enough to benefit from the “cocktail” of anti-retroviral drugs that created the “Lazarus Effect”, bringing back thousands from the brink of death to now-health lives.


I was amazed at how many ways our lives brushed up against each other, unknowingly: mutual friends, identical reactions to moments in history, being in the same place at the same time. And once again, I was touched by the acknowledgement of the role of friends in the history of the AIDS epidemic. That always has been the real heart of every story: how friends stepped up and became caregivers, activists and leaders in the fight against bigotry and fear.


Over the years, I’ve read dozens of books about AIDS (wrote one, too). All have left me sad, frustrated and angry. But no book has left me with such a profound sense of gratitude and peace as Body Counts. And that’s a remarkable thing.


Early in the book, Strub shares a letter from activist Vito Russo that encourages him to do something we should all take to heart:


“This is not a dress rehearsal,” he wrote to me in August 1981. “It’s your one and only life, and you have to make it something right now, you do not have all the time in the world, it only seems that way. End of wise comment.”


Posted by Friend Grief at 5:34 PM No comments: