Time is Not on Your Side 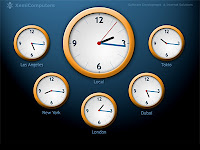 I thought I'd repost this today, as I prepare to attend the memorial service for John Northage. All evidence to the contrary, most of us live our lives as if we have unlimited time: time to do and say the things that are important. Today I'm reminded that our time here is too brief. If you have something to say to your friends, say it. You'll both be glad you did.


“Let us learn to show our friendship for a man when he is alive and not after he is dead.” – F. Scott Fitzgerald

I heard that line while watching a rerun of Law & Order: UK, and I thought it was perfect for the topic of grieving the death of a friend.
As I’ve interviewed people for my book, there is one subject that raises genuine passion. They’re telling me the story of a friend who has died. Sometimes there is a lot of pain: they were shut out by the family, maybe not even notified; they were not allowed access to their friend while they were dying. Maybe they couldn’t get off work to go to the funeral.
Maybe their story is not so sad, but rather an example of how a friend’s life – and death – served as a catalyst to change their own life.
But if I ask “did your friend know how you felt about them?” more often than not there is regret. No matter if they functioned as a caregiver, or kept in close contact while they were ill: there is almost always regret.
“There wasn’t anything I could do, but…”
The regret is that most people never tell their friends that they love them. I didn’t tell my best friend I loved her until after 9/11. “I know that,” she insisted. “I know, but I needed to say it.”
So I took Fitzgerald’s comment two ways. First, that we have to stop making excuses now for not calling, not emailing, not getting together, because we never know what tomorrow brings. And second, stop assuming they already know, and say the words that are in our hearts.
Tell them you love them while you can.
Posted by Friend Grief at 7:23 AM

Viki, This is such an important reminder. I agree wholeheartedly with your message but I still need the reminder. Great post, my friend.Thank you :-)