What Else I Learned about Myself from Delle Chatman 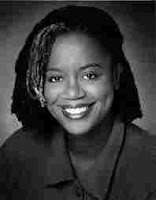 When I told Delle I had an idea for a book, I was nervous. I was hoping she wouldn’t laugh, although I knew her well enough by then to know she wouldn’t. Mostly, I was nervous about saying the words, “I have an idea for a book”: a book that I would write, not a book someone else should write.
I’d never written a book before, never seriously considered it. She was supportive, as I expected: “just do it,” she answered, with a wave of her hand. In her mind, there were no impediments to following through. But there were.
I put the idea aside as her condition worsened and she died. A few months later, I started thinking about it again. I even interviewed a few people, solicited stories from customers and friends. But try as I might, I kept hitting a wall. I couldn’t really put pen to paper. The idea was too jumbled in my mind, and I finally gave up. “I’m sorry,” I told her in one of our frequent one-sided conversations. “I just can’t do it.” I felt like I’d failed her.
A couple years went by. Stuff happened: our daughters were growing up, my mother got sick, I suffered a concussion in a car accident. I didn’t forget about the book, but I chose to ignore the whole idea.
Several months after my accident, I was in Michigan with my family. It wasn’t a good time, and one night I had a strange dream. It was so strange I decided I had to write it down so I didn’t forget it. I dragged out my laptop and began to type. Several hours and 11 pages later, I realized the dream was part of a story. Okay, that was odd. But then it got ever stranger.
I stopped typing the story and suddenly the book I’d promised Delle popped into my head: the format, a working title (which I’ve since abandoned), a tone. Everything that had eluded me before was right there, clear as a bell. Two months later, I was in New York doing research.
That was two years ago. I’ve made several research trips and interviewed a number of people. I’ve started this blog, a Facebook page, a Google+ identity, and tweeted like crazy. I’ve built a following and generated interest in the book from potential readers and agents alike. I’m speaking at the ADEC conference next spring.
The book is not yet finished, although it’s getting close. And I realized with some surprise that there will be second book - specifically about men grieving their friends - and a third, which will be about Delle.
So, what else did I learn about myself from Delle?
I learned many things, but mostly I learned that I could reinvent myself yet again, this time in an unexpected way. I learned that I could write, and write about something that resonated with a lot of people. I learned that I could build a new professional life on the bedrock of our friendship.
That sounds a little melodramatic, and perhaps it is. But I know for sure I would have never considered writing a book - much less one about grieving the death of a friend - if I hadn’t known Delle.
It’s taken me a while to accept, too, that this blog and book could help people. In fact, I resisted the whole notion. But I finally had to surrender. I’m not a professional grief counselor, nor do I pretend to be. If someone needs therapeutic help, I’m glad to make referrals.
But it has been made clear to me that people also need someone who’ll listen, someone who’s been there: someone who’s definitely not a professional. And that’s where I am today, or at least where Delle thought I should be.
I like to think that she’s pleased by this idea of influencing me so profoundly 5 years after she died. I feel like she’s responsible for the wonderful people I’ve met, the incredible opportunities that have presented themselves, and of course, the words. She used to talk about writing as taking dictation from God, but it’s her voice I hear as I type away.
So, that’s what I’ve learned: some powerful lessons about what I’m capable of accomplishing. And I trust she’ll continue on this journey with me.
Posted by Friend Grief at 10:28 AM

Your mission/message/book is made even more compelling in this beautiful sharing about Delle. You are keeping her spirit alive. In fact, I feel like I know Delle through you. Thank you for inviting us into this precious friendship and the journey that has brought you to where you are today. Delle is reaching out through your words and I have no doubt she will continue on this journey with you.So many people will be touched and comforted. Beautiful!!

Thanks, Kathy. Sometimes I feel like I'm Delle's publicist!