Being Thankful for Our Friends 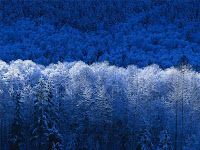 I don’t think it was intentional, but I seem to have spent a good part of November connecting and re-connecting with friends.
I’m sure the fact that this month was the 5 year anniversary of my friend Delle’s death had something to do with it, at least subconsciously.
So I began to be very assertive about the time I spent with friends. It began with a trip to New York:
Several days there seeing shows, eating and drinking with Eileen, who I’ve known since…well, a long time.
A relaxing lunch on an unseasonably warm day in Union Square Park with an old boyfriend.
Reconnecting with two friends from college (after not seeing either for 30+ years), for a catching-up, laughing lunch on the Upper West Side that we plan to repeat in January.
After I got home, phone calls and emails to five to six people I haven’t talked to in weeks, making solid plans with most of them to get together in the next week or so.
Yes, as I blogged about recently, it’s often easier to make time for a funeral than for lunch. It’s a sad indictment of ourselves and our culture. But it doesn’t have to be that way.
Don’t set yourself up for guilt on top of grief, guilt brought on by your very human failure to make time for your friends.
I’ve had some touching responses to this idea, from people who have made a renewed commitment to their friendships. Now, they do run the risk of being rebuffed, because their friends don’t have the time or inclination to see them. But that’s the risk we always take with relationships.
The holidays are upon us now, a built-in excuse for…excuses. But it doesn’t have to be that way.
So, while you’re being thankful for your friends, take that extra step. You know: the one that comes after “we should get together soon.” The one where you say, “okay, how about next Friday after work?” It’s not so hard. You can do it. Just give it a try.
Posted by Friend Grief at 4:43 PM

Thanks,Viki,for prompting us to take every opportunity to make time for our friends then really showing us how it's done! Great post & message :-)