Should You Send Flowers to a Dying Friend? 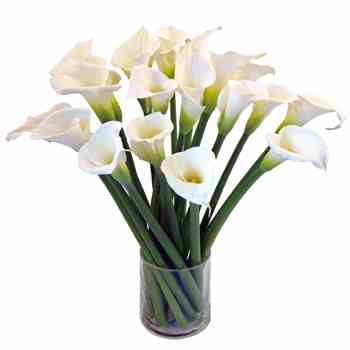 
You’ve had friends who were dying and refused visitors. Maybe they were overwhelmed, depressed, scared, determined to face their fate alone. Maybe they’d lost a lot of weight and didn’t want anyone to see them ‘like that’. Maybe they didn’t want to see ‘the look’: the facial expression that they interpret as pity.


You’ve had friends who even refused to talk on the phone. Maybe talking was painful or difficult. Maybe their memories were shaky. Maybe they just weren’t prepared to talk about their illness with anyone.


Those refusals are their right, although being on the other end hurts.


You know your friend is dying – or suspect they are, because information is so sketchy. They’ve set very clear boundaries for interaction.


Send flowers or a plant? Send a fruit basket? They probably have plenty already.


If you feel less awkward writing inside a card, by all means buy a card that’s blank on the inside. Enclose a photo of the two of you. Or write on a postcard from a place that means something to both of you.


But write a letter. Take the time to say what your friend won’t let you say to their face or on the phone:


That you’re praying for them (but only if it’s sincere and what they’d want).


That you treasure the times you spent together.


That you’re available to listen if they want to talk – listen without judgment or comment.


That you are the person you are today because of your friendship.


Don’t offer medical advice. Don’t write sentences that include the word “should”. Don’t scold them for their decision to keep friends at a distance.


It won’t be easy for most people to do this – not just because as a society we’ve gotten out of the habit of writing letters – but because it’s hard to express difficult emotions, like grief. It doesn’t have to be a long letter, just heartfelt.


Because the time to tell your friends you love them is now, while they’re still here.