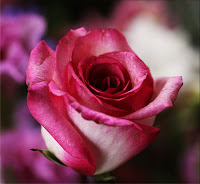 There have been times when my grief has been so overwhelming that I didn’t realize what people were saying to me. I’d nod my head, as if in agreement. I thought if they believed I was agreeing with them, they’d leave me alone. It was only later – hours, days, even months later – that their words began to make sense.
My post on Wednesday, “Types of Grievers – Part 4”, really hit a nerve with people. In addition to comments on this blog, I got private emails about the subject of the post. In it, I talked about the worst kind of grieving, when you feel you can’t or shouldn’t grieve the way that makes the most sense to you.
“You need to get over it.”
“You need to move on.”
“You need to cry.”
“You need to get out more.”
Who hasn’t heard these things? And when it’s a friend who dies, you can add the phrase that is the title of my book: “it’s not like they’re family.”
In the 80’s, I lost friends and colleagues to AIDS. Some people felt my grief should be relative to how the deceased contracted the disease. It was all right to grieve a woman who was infected by her husband, or a child who was infected by a blood transfusion. A gay man? No, they brought it on themselves, so my grief shouldn’t be so strong.
I can’t repeat here what was my typical response. But in essence, I was saying what we all wish those around us would take to heart:
“Don’t tell me how to grieve.”
Posted by Friend Grief at 4:08 PM