Friend Grief and Closure for 2011 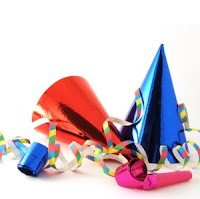 In my last blog post of this amazing year, I thought I’d revisit a topic that came up a few months ago. Last May, after the death of Osama bin Laden, I wrote about what I called “the myth of closure”. It’s supposed to be something you aspire to, but it often feels just out of reach: because it may never be possible.
“Closure: the sense of finality and coming to terms with an experience, felt or experienced over time.” – Encarta Dictionary
“Closure” is a word frequently invoked in grief-related literature. Events are said to bring “closure” to people who grieve: discovery of remains, burial, 1st anniversaries, etc.
But the news of the death of Osama bin Laden may only be initially considered closure.
Certainly, the death of the most wanted terrorist in the world is a cause for celebration, even not knowing how other terrorist organizations will respond.
But for those who lost family or friends on 9/11, there is no closure.
Osama bin Laden is dead, but so are their loved ones.
Don’t assume everyone is happy and “all right” now.
Don’t assume the grieving is over. In fact, this news will likely re-open painful memories for all of us who knew someone who died that clear, blue September morning. My first reaction on hearing the news last night was, “but Carol’s still dead.”
“I hope it brings some comfort to the families. No closure. That word should be stricken from the English language.” - Lee Ielpi, whose son, Jonathan, a firefighter from Queens, died on 9/11 (quoted in the May 3, 2011 New York Times).
The death of Osama bin Laden has been heralded as closure for those who lost family and friends on 9/11, the end of the grieving. Now we can finally get back to normal and forget about what happened.
For some people, death is closure, after a loved one has suffered a long illness. For some people, getting to the first anniversary of someone’s death is closure, proof that you’ve survived your grief. Others can point to specific “signs” that made them feel better.
But for society to imply that one event – dramatic though it was – can end anyone’s grief is simplistic.
At my father’s wake, my girlfriend’s mother, who had lost her husband the year before said, “You don’t get over it; you just get used to it.”
For many people, bin Laden’s death will ease their minds. “Justice” has been served.
But make no mistake: their grief has not ended. For them, there can be no real closure.
At least not in this lifetime.
Best wishes for a safe “closure” to 2011!
Posted by Friend Grief at 9:24 AM

Interesting thought,Viki. It's more of a transition/readjustment to a different way of living after a loss. We want to forget but ,like you say, grief lingers in a unique way for each person. Here's to a New Year filled with more amazing events. Happy 2012!