To Tell or Not to Tell…That You’re Dying 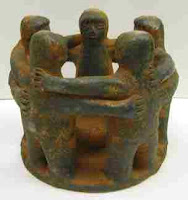 Many people seem to have had the experience that I described in my last post, "Would You Tell Your Friends That You’re Dying?"
An older woman was distressed that to find out about a friend’s death when the Christmas card she sent was returned, stamped “deceased.”
Another woman was sworn to secrecy by her family member, who didn’t want her friends to know she was dying. She didn’t want to see “The Look”.
A friend of mine refused to accept visitors, and would only talk to a very few friends over the phone.
Make no mistake: I respect each and every person’s decision to live their lives as they wish, especially after receiving a diagnosis of impending death. The decision to tell - or not - is not one that is taken lightly. There are many factors to consider, and every decision - like every person - is different. We may not agree, but we can decide what we’d do in that situation.
But I also feel for those left behind: those who didn’t know and those who were directed to not tell anyone. There is so much guilt, so much regret, left in the wake of their friend’s death. All the things they wanted to say and do, but never did. We all think we have all the time in the world, but of course, we don’t.
Lisa Athan’s excellent blog, Grief Speaks, looked at the very human tendency for procrastination:
We Make Time for a Funeral, But Not for Coffee
The only cure I can think of - the only way we can avoid seeing or giving “The Look” - is to make the most of the time we have. Tell your friends you love them. Yes, you might scare the hell out of them, but at least they’ll know what’s in your heart. And who knows? They might tell you the same thing.
How cool is that?
Posted by Friend Grief at 4:03 PM

I agree with you Kristie. Viki,thanks so much for bringing up this sensitive but very real issue. Since we are all going to die someday "making the most of the time we do have" makes so much sense. I love how you offer suggestions.. "tell your friends you love them" Now that is very cool!