Veterans in the War...Against AIDS

Last night I attended an emotional event at Gay Men’s Health Crisis, in commemoration of National HIV and Aging Day (September 18). “We Aren’t Dead Yet! What Do We Do Now?” was billed as a community discussion, with an impressive panel of experts: Dr. Judith Rabkin, Columbia University Dept. of Psychiatry and Dr. Perry Halkitis, professor at NYU and author of The AIDS Generation: Stories of Survival and Resilience spoke along with two long-time HIV+ survivors, Jim Albaugh and Kevin Oree, and my friend Jim Eigo, long-time HIV- survivor and fellow ACT UP NY activist.


The event was held in order to get feedback on the kinds of support and services needed by this often-forgotten, often-stigmatized group of people in my age group.


(A couple of asides: First, I like the use of long-time versus long-term. Second, although some may disagree, I do not consider myself a long-time survivor. Like Jim Eigo, I’m HIV-, and though I was involved in the community in the 80s/early 90s, I still see myself as an outsider. I consider myself an ally, nothing more, nothing less.)


The needs were many and varied: from the long-term effects of powerful anti-retroviral drugs, to the stigma felt by gay and straight long-time survivors, to the generational disconnect felt on both sides. Those who did not expect to live to see their 25th birthdays are now facing common aging issues complicated by their HIV status.


But the most emotional moments, at least for me, came from those who strongly identified the most serious issues facing older AIDS survivors as loneliness and isolation. There is an overwhelming need for grief support groups for those who only now – 30+ years into the epidemic – are finally beginning to confront the losses of dozens and even hundreds of their friends.


In the title of this post, I used the word “veterans”. I did not use it lightly. It was deliberate.


There are striking similarities between those who have been affected by AIDS and those who have served our country in the military. Both groups suffer from survivor guilt, risk of suicide, complicated health issues and stigma. Both groups have kept their experiences to themselves, only willing to talk about the war many years later. Both share strong support communities even while battling crippling loneliness. 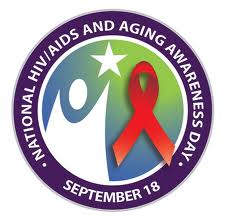 I never envisioned a day when we would need to address the aging issues of men and women who are HIV+. And it’s not just long-time survivors: in this article from the CDC, we Baby Boomers (of whatever sexual orientation) are becoming infected even now. Safe sex is not a topic of discussion at most retirement communities.


And that’s why I challenge the AIDS community – in cities, suburbs and rural areas – to hold listening sessions like the one I attended last night, to determine the services needed by those aging with HIV. And to provide grief support – individual therapy, groups, and online resources – to help them process the grief for their friends that is only now rising up, and give them some measure of peace.