Blindsided by a Friend's Diagnosis 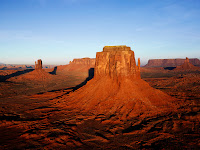 A lot of presentations at the recent ADEC (Association for Death Education and Counseling) Conference had to do with end-of-life issues. One of those issues is notification: who is told about a patient’s diagnosis? How are their relationships affected by the news of impending death? I thought I’d revisit this post about how it feels to be blindsided, because you weren’t told your friend was dying. What would you do if you were in their place?

We’ve all done it, unconsciously, and with no malice intended.
Perhaps our friend tells us that they’re dying. Perhaps we hear the news elsewhere, and then see the person later.
But anyone who’s been seriously ill, or is dying, can tell you that they get “The Look”. You don’t mean to do it. In fact, you might think the expression on your face is one of love and support, successfully hiding the shock and pain you feel inside. Unfortunately, it’s often interpreted as pity.
I’ve read stories of people who were dying and kept their diagnosis secret specifically because they didn’t want to see “The Look” on their friends’ faces. I know people who have isolated themselves, refusing visitors, because they don’t want to see it.
They’re afraid their friends will act differently, too. We’re all used to the way we interact with our friends: joking, teasing, rowdy and outrageous. But in study after study, people who are dying insist they want to be treated the same way: be concerned, don’t be afraid to ask questions, but don’t treat me like a baby.
They want you to continue to be their friend - the same as always - without dissolving into a puddle of tears every time you look at them. And honestly, you want the same thing, too.
But there is a special pain reserved for friends who are kept away, either by the friend who’s dying or their family. You may have felt it yourself. Not fun, is it?
“I didn’t know they were sick.” Wouldn’t you love to have a copyright on that phrase, and make money every time someone said it? It’s hard enough to cope with the death of a friend, but harder still when you’ve been kept out of the loop. It makes you question just how much of a friendship you had with them.
As shown in the movie “50/50”, this can put a huge burden on the patient. They feel responsible for the happiness of those around them. They hold in their feelings, so as not to burden their friends and family. It’s a very human, loving reaction, but how sad to be unable to express yourself honestly when the end of your life is approaching.
Don’t let that be your friend.
And don’t let that be you.