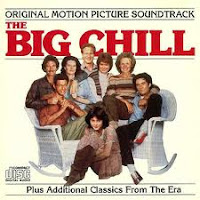 This was the basis of one of my first blog posts, but it still resonates today: what happens when we receive the sudden, shocking news of a friend's death.
Some of us are "at that age" when it seems we get this kind of news all-too-frequently. I've found out about the deaths of two friends - via Facebook status updates - in the past 6 weeks. It doesn't get easier. But you can lessen the guilt.


Karen: “You'll never get this many people to come to my funeral.”
Michael:  “Oh, Karen, I'll come. And, you know... I'll bring a date.”
You’re going about your day – conference calls, grocery shopping, carpool – when you get a call, a text, maybe an email with the subject line “sad news”.  Someone you know – a friend – has died.  And the world stops.
It happens to us all eventually.
The iconic film about this experience is The Big Chill, the 1983 film about a group of people who reunite for the funeral of one of their college friends.  It was a blockbuster, and not only because of the soundtrack (who can forget JoBeth Williams playing “You Can’t Always Get What You Want?” on the organ for the funeral recessional?).  It was something everyone can identify with:  the death of a friend.
Not all of us will spend the weekend with our friends in a sprawling Southern mansion: playing touch football, getting high, or having sex with our best friend’s husband.  But reconnecting with friends on such a sad occasion can still have a profound effect.
Sometimes – too often – you lose touch with those friends.  Life gets in the way: jobs, families, living hundreds of miles away – all prevent you from keeping in touch with the people who at one time were the most important people in the world.  Still, you wonder how and why you let it happen.
Like the characters in The Big Chill, that gap in contact can create terrible guilt.  You may think that somehow your presence could’ve saved your friend’s life or made it easier.  Pretty egotistical, huh?  But human.
These characters were all extraordinarily lucky:  they were all able to come to that funeral from their homes around the country.  Not everyone can even get off work to attend a local funeral for a friend, never mind one that is hundreds of miles away.
And most importantly, they were notified.  Sometimes friends – particularly far-flung friends – do not learn of a friend’s death for months or even years.  The friend’s family may not have liked you or even known about you, but to find out after the fact compounds your grief.  And even though the point where you can “do” something is long past by then, the feeling of helplessness can be overwhelming.
One of my high school classmates, Carol Demitz, died on 9/11.  We’d celebrated our 30th high school reunion the year before (although she didn’t attend) with the usual ‘we should get together more often’.   But it took Carol’s death – not the first in our class – to put those words into actions: a class gift in her memory, a Yahoo group that’s still going strong more than 9 years later, occasional informal dinners, and a bond that has grown stronger each year.  Her death, I suppose, was our Big Chill moment:  our wake-up call to nurture the friendships that sustain us, and stop relegating our dreams to the “someday” pile.
Take a moment today to contact a friend – just one; it won’t take long – who you’ve lost touch with.  Catch up on news and gossip, reminisce, and make real plans to get together.  Don’t wait until you get that call, that text, that email.
“In a cold world, you need your friends to keep you warm.” – Big Chill poster
What are you waiting for?